You may have seen reports in the press and on social media of incidents where agricultural machinery has suffered due to issues relating to fuel quality. Examples include:

We are here to help and offer advice on what to do to prevent these issues arising and how to treat such issues if they occur.

The Renewable Transport Fuel Obligation (RTFO), introduced in 2008, forms part of the government’s drive to:

In broad terms, the RTFO requires oil refineries and importers of fossil-based road transport fuels and non-road mobile machinery (NRMM) fuels in the UK to add a percentage of fuel from renewable and sustainable sources. Bioethanol is added to petrol and biodiesel (also knows as fatty acid methyl ester or FAME) to diesel and gas oil.

Initially, the requirement was to supply up to 3.5% renewable fuel into road fuels. This percentage has increased significantly in the last couple of years, and the scope widened to include NRMM fuel. This year the obligation increased to 9.18% and rises to 10.637% next year, although the UK fuel specification currently limits the amount of FAME in diesel and gas oil to 7%.

Talk to your local fuel expert on 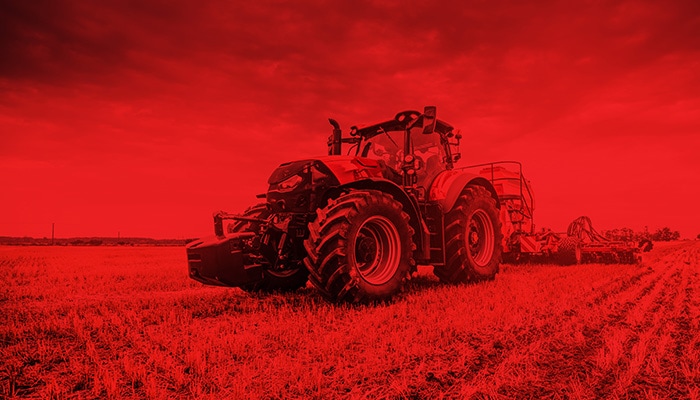 We only deal with trusted suppliers

Insert [shortcode] of any WordPress plugin installed on your website.

Fatty acid methyl ester (FAME) has solvent properties that have a cleaning effect on fuel tanks. This causes the removal of particles and accumulated dirt from the tank and the pipeline. But these solvent properties can also contribute to corrosion in the tank components, degrading rubber and plastic surfaces. Small particles (lower than 10 microns) of tank debris are held in suspension within the fuel. They can lead to fuel filter problems, resulting in increased fuel consumption and trouble starting the vehicle or machinery. Unless a tank is new or has been cleaned, it is likely that a sudden increase in FAME can cause this cleaning effect to occur. This effect is unlikely to continue once the contents of the tank have been washed through, although new deliveries can stir up debris settled at the bottom of the tank.

The methyl esters found in biodiesel can absorb considerable amounts of moisture and hold this water solution in the fuel. Moisture in fuel can affect performance and create suitable conditions for microbial growth, leading to fuel tank contamination. This, in turn, can lead to diesel bug (slime substance), yeasts and bacteria (algae) appearing within the fuel. This contamination can also lead to fuel filter problems and injector fouling, resulting in reduce fuel flow and unexpected loss of power.

In cold weather, FAME, like fossil fuels, can lead to waxing and separation, resulting in fuel filter problems, even when the temperature increases.

The fuel meets British Standard. Not everybody has been affected. In fact, it is a small number of customers overall who have experienced problems. The initial cleaning effect of FAME is likely the most common cause of the issues. We do not fully understand all the factors that might be involved, but they include:

Some samples sent from customers’ tanks have shown instances of a presence of microbial activity (BUGS). This is a microorganism that can live, feed and reproduce in a fuel environment where there is water present. These instances have, so far, been relatively few and far between but are more likely to occur over time, especially in older tanks with more dirt and debris and in warmer weather.

As the percentage of FAME in fuels goes up, there is an increased risk of microbial growth and fuel tank contamination. Our advice to customers is that proper maintenance of equipment and fuel storage tanks is now essential, and the use of fuel additives is recommended. Keeping tanks as free as possible of condensation, regularly drained of water and free from dirt are the minimum requirements.

Check your tanks regularly for any signs of disrepair, damage, corrosion or contamination.

Inspect pipework, seals, pumps and other components for signs of leakage. If you find a leak replace components to prevent further damage.

Water tight - Ensure that the tank is watertight, close all filling points, repair any holes, and close all hatches/access lids but ensure the tank can breathe.

Water – Use water paste to check for water. Ensure that any water is removed from your tank, use water dryers/soakers or drain. Clean your tank and remove all sludge/foreign debris that builds up at the bottom of your tank.

Filters – Clean or change fuel filters regularly. The cheapest and easiest place to manage any fuel issues is at your tank. Different types of filter offer different levels of protection. If you require advice on filters please get in contact with us.

Once the fuel has been delivered, allow time for it to settle. Avoid storing fuel for excessive periods or storing summer grade fuel during cold weather. You should also consider replacing storage tanks if they are old or in poor condition. We also recommend using fuel treatment, such as GasOil+ for enhanced protection.

Check tanks regularly for signs of disrepair, damage, corrosion or contamination. It’s also advisable to inspect pipework, seals, pumps and other components for signs of leakage. If you find a leak, replace parts to prevent further damage. You can find out more about replacing fuel tanks here.

Ensure the Tank is Watertight

Close all filling points, repair any holes and close all hatches/access lids but ensure the tank can breathe. Use water paste to check for water.

Ensure any water is removed from your tank before cleaning the tank and removing all sludge of foreign debris build-up. If you are interested in cleaning your tank using a specialist cleaner, please get in touch. Clean or change filters regularly to avoid fuel filter issues. Different types of filters offer different levels of protection. For advice, please contact us.

If you find bacterial growth or you want to prevent it, please get in contact to discuss how our specially designed additives can be used to enhance and maintain fuel quality.

If you want further support and advice around how to protect your fuel and ensure the efficient running of your vehicles and agricultural machinery, please contact your area sales manager.

We use cookies to deliver the website’s basic functionality in a secure manor and analytics cookies to count visits/traffic sources to improve the performance of our site. We share info about the use of our site with our social media, advertising and analytics partners. By selecting the “ACCEPT ALL” option, you consent to the use of the above cookies. To personalise your settings, please select the options below and select “ACCEPT CHOICES”.
REJECTALLOW CHOICESACCEPT ALLCookie settings
Cookie Settings

We use cookies to deliver the website’s basic functionality in a secure manor and analytics cookies to count visits/traffic sources to improve the performance of our site. We share info about the use of our site with our social media, advertising and analytics partners. By selecting the “ACCEPT ALL” option, you consent to the use of the above cookies. To personalise your settings, please select the options below and select “ALLOW CHOICES”.

The last two cookie categories are optional and can be switched on or off using the Manage settings option below.

If you are OK with cookies, then simply select the ‘Accept All’ button.

Necessary Always Enabled
Necessary cookies are absolutely essential for the website to function properly. This category only includes cookies that ensures basic functionalities and security features of the website. These cookies do not store any personal information.
Performance
We use cookies to monitor user activity on our website so we can understand just how people use the site. These valuable insights allow us to see where improvements can be made so we can develop and improve the website going forward.
Marketing
Marketing cookies help us decide which of our products, services and offers may be relevant for you. We may use this data to tailor the marketing and ads you see on other websites and mobile apps, including social media.